The past few weeks since my previous post have been very busy with no much time left to write, but great progress in several fronts.

You will notice that this post and further post are now on a dedicated website for Interplanetary Networking (IPN,) so I can separate personal posts from those related to IPN, Delay and Disruption Tolerant Networking technologies and Space Communications in general. This will be the last article posted on both Blogs.

First the Good News, the InterPlanetary Networking Special Interest Group or IPNSIG has received its classification as a tax-exempt, non-profit charitable organization from the US Internal Revenue Services. This is an important milestone since it helps to complete the transition of our group to an independent Chapter of the Internet Society.

Great things to come in the near future about this.

On March 22nd, our group participated in the IETF 113 Conference (Internet Engineering Task Force) at the Delay Tolerant Networking Working Group (DTN-WG,) Vint Cerf was in attendance and provided an update on the State of the Art of DTN and IPNSIG.

Click on the image to watch a video of the session. Vint's presentation is the first one. 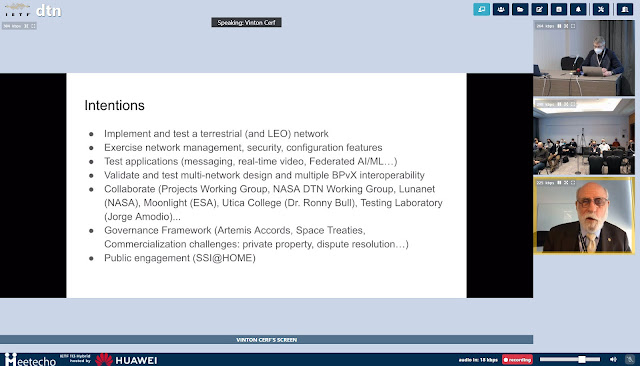 Also on April 1st we had another meeting of our IPNSIG Projects Working Group, were Vint was also in attendance, as well as group members from Europe, North and South America. 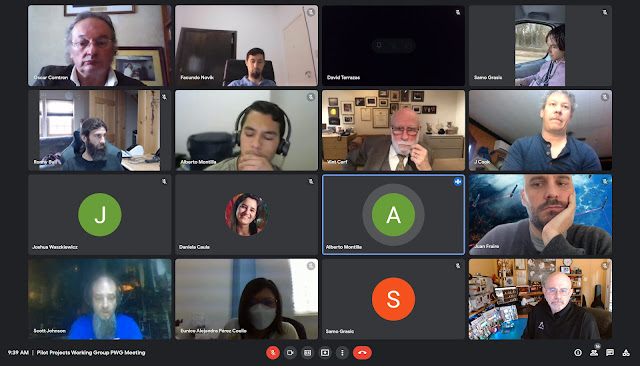 IPNSIG Projects Working Group - PWG
While today is a modest and small group we keep making progress and adding new members on the team. We keep very focused on developing tools and best practices to keep testing DTN and Bundle Protocols, figure how to scale to a large network and explore what type of applications will serve as a demonstration of these technologies with primary focus on interplanetary communications that will drive on the long term the development and implementation of a Solar System Internet.

On the personal front I continue to work in my low cost prototype lab for testing and education using off the shelf hardware and the NASA JPL Open Source implementation of DTN and Bundle Protocol called ION (Interplanetary Overlay Network.)

While the hardware has been stable, some particular nodes changed with the addition of more displays, like the one serving as Mission Control Functions emulation. 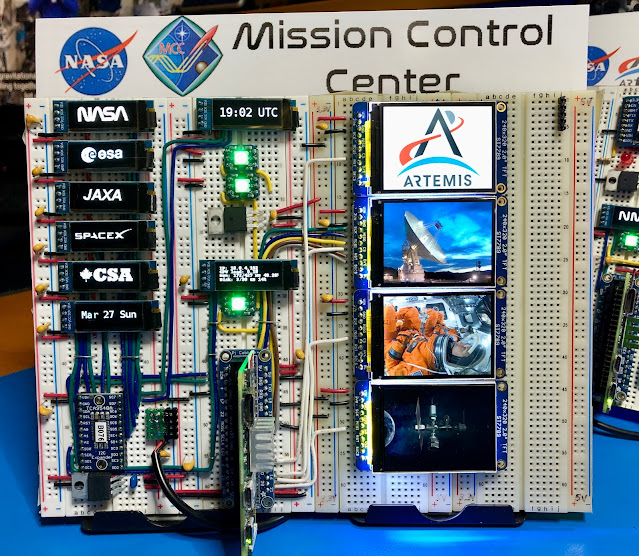 Soon I will start putting together a draft for a PCB layout for various of the nodes which will permit the lab to scale more with increased reliability.

Four of the nodes on my internal network are now in a full mesh configuration with external nodes part of the IPNSIG Test Network. For now testing with regular Bundle Protocol Pings or bping, but soon we will start testing other tools like Asynchronous Message Service, file transfers using CFDP (CCSDS File Delivery Protocol,) etc.

That's all for now, if you are interested to join our efforts feel free to contact me, also feel free to join the Facebook InterPlanetary Networking Group.