Since the moment I envisioned the project to create a prototype for a R&D and education laboratory for DTN (Delay Tolerant Networking) and IPN (InterPlanetary Networking,) I set as one of my primary requirements to make it affordable and as simple as possible using off the shelf components.

I could have used a large server with multiple virtual machines, but the idea was to embed some of the nodes into a mockup representing a different element of a space mission network. I ended doing that using Legos, in some cases modifying existing models, in others just creating my own like the Mission Control Center (with a Raspberry Pi Zero 2W.) 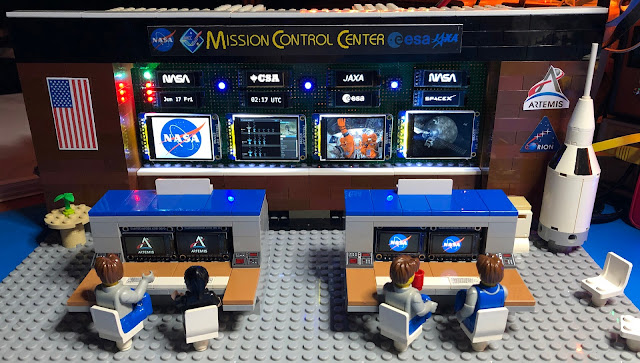 Besides some nodes that I already planned to run on a virtual machine, and others running on actual Intel based mini personal computers, I focused my search on affordable Single Board Computers (or SBC) that could run NASA’s JPL open source ION implementation of DTN.

Price and features were a big factor, plus the ecosystem that has developed over 10+ years around it, particularly for education and experimenting, has an incredible value.

I considered other alternatives, I already had some boards in my inventory, and another goal for the laboratory was to serve as a platform to test interoperability of ION running on different platforms.

Unfortunately, with the semiconductor shortages and supply chain issues, the Raspberry Pi boards by the end of 2021 were almost impossible to procure or at exorbitant prices.

Then, the alternatives became more important.

I started procuring some that were reasonably priced, with similar features as the Raspberry Pi, most of them with ARM cpus, and very important, with support for a flavor of Lunix where I could build ION from the source code.

Overall, I didn’t find many problems to build ION, in few cases I had to tweak the original config scripts.

These changes will be included in the coming release early next year of IONe, an experimental version of ION as a branch of the original NASA code, development still leaded by Scott Burleigh (creator of ION when he worked at JPL) and as part of the work we do with the Internet Society Interplanetary Chapter (IPNSIG) Projects Group.

I also started to run performance tests to compare various boards/platforms. I will publish the results in a separate article, preliminary numbers show that the alternative boards to Raspberry Pi run substantially faster.

If you are a manufacturer or distributor of these type of boards and have interest to get it tested and added to the list, please feel free to send a message to ipndtn@ljcv.net.

I’ve been already sharing this information with various universities and research groups who are facing the same problem getting appropriate hardware for their projects. I heard that some of the Raspberry Pi products have a lead time of over a year!! Insane ☹

Here are the boards I tested up to the publication of this article.

Note: on the "Supported OS" I'm showing the ones I tested, for some of the boards there are other OS available.

Disclaimer: I’m not getting any compensation or benefits from any distributor or manufacturer for the products mentioned in this article.

Until the next intergalactic communication …