Season greetings and end of the year update

As 2022 ends I wanted to provide a year end update and a short summary of what transpired during this year, both for the IPN DTN Lab project and IPNSIG in general.

One node running Linux on a mini PC is 100% dedicated to monitor the network and serves as a workstation running WireShark for deep packet inspection.

It is still very much work in progress, for additional visualization of telemetry data and monitoring, and some control functions, one of the Ubuntu Linux nodes is running NASA’s AMES OpenMCT, which is a web-based framework for mission operations data visualization currently in use by various NASA missions.

One of the challenges for the project, besides being 100% self-funded, was procurement of additional Single Board Computers like the Raspberry Pi that are in very high demand and very low supply.

I was able to find several suitable alternatives at reasonable prices, some with better performance and specs than the Raspberry Pi.

This triggered a sub-project to test and evaluate building ION on up to 16 different platforms, which generated some contribution to fix a runtime issue when building it for 64 bits platforms. I posted a pair of articles with the specs of the Single Board Computers I tested.

I started some preliminary tests with various wireless technologies such as LoRa, Cellular LTE/5G like T-Mobile's Edge, and low orbit nano satellites like Swarm M138 (now owned by SpaceX.) I will have more activity on this front during 2023.

During 2022 I focused mostly on getting the hardware platform stable and functional, including putting together several designs with Lego for the mockups that have embedded several of the DTN nodes.

I still need to gather some additional parts to put together a model of the Orion capsule.

Very impressed and happy with the successful completion of the Artemis 1 mission, it provided many additional images from all angles of the capsule, so I may review a little bit the design before getting the missing parts, but it looks something like this (I’m using Brick Link Studio for the designs.)

I already have a Raspberry Pi Zero 2W running ION that will get embedded in the model and on which I will venture to build another open source package from NASA called Core Flight System or cFS.

I hope to have enough time and inspiration to create more documentation, post additional articles and videos, and be available for open discussions about these technologies on a new reddit community I created recently.

Several presentations, videos, and a draft paper are also in the works.

It has been also a very busy year for the Internet Society’s InterPlanetary Networking Interest Group also known as IPNSIG. From its inception in the late 1990’s it grew up to more than 900 members around the world. 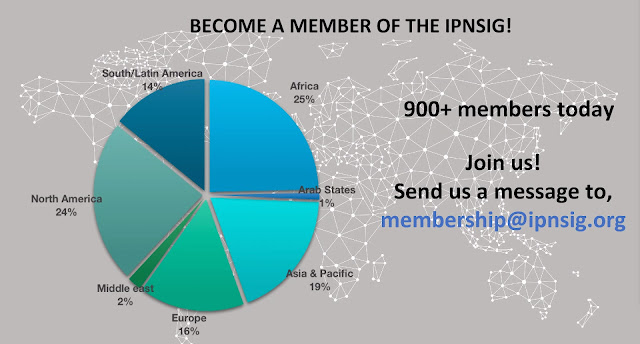 We have several working groups, since last year I’ve been involved with the PWG or Pilot Projects Working group where we are working on various R&D projects to contribute to the development and testing of the technologies associated with Delay/Disruption Tolerant Networking and its applications both terrestrial and in space. 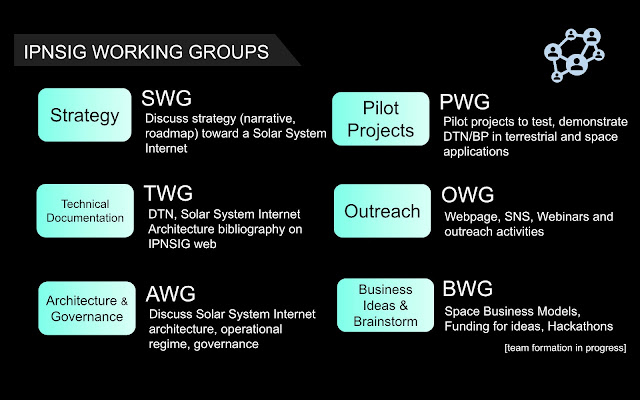 We had a great deal of engagement with NASA and ESA, expecting more interaction with other space agencies. At one of the workshops gathering several NASA research centers working on DTN, we were able to present IPNSIG and our projects group.

We are very much engaged with the Internet Engineering Task Force or IETF, I’m an active member of the DTN Working Group where we work on the standardization of the associated protocols related to DTN.

IPNSIG has been also very active organizing several webinars that we call the “IPNSIG Academy.” This initiative was launched in February, we already had eight talks. One of our webinars was dedicated to present some of the activities of the Pilot Projects Working Group.

There is much more to share, one of our members (Scott Johnson) added IPv6 as an option for transport layers for ION, another of our members (Samo Grasic) developed a preliminary Convergence Layer Adapter for the use of a LoRa modem via UART.

We are also cooperating with the original author of ION, former NASA JPL Engineer Scott Burleigh in the coming release early next year of IONe (e for experimental) as a separate code branch, with several improvement, fixes and add-ons.

Alberto Montilla and Alberto Montilla Ochoa of SPATIAM Corporation developed a DTN Manager being used to manage an IPNSIG Test Network, and performed interoperability tests between ION and µD3TN.

At IPNSIG we expect a very active 2023 as we are starting to engage with various initiatives in the private, commercial and educational sectors.

Now that I have a more stable hardware platform for the lab, one of my resolutions for 2023 is to invest more time on mission simulation, documentation and reach out.

That is all for now, hoping you had a Merry Christmas and wishing y’all a great start for 2023.

Until the next intergalactic communication …